New Dingy for us!

For all 4 years of our living on Pathfinder we’ve had a little inflatable dingy from HMP for our use with a small 6.6HP motor on the back. This has done us very well for quite a while but we’ve always had a slight problem with it. The issue being that during winter we need to deflate it and store it up north at my parents house. Sure we’re a big cargo ship technically but we’re using quite a bit of that space for living or construction so storing it there makes no sense. 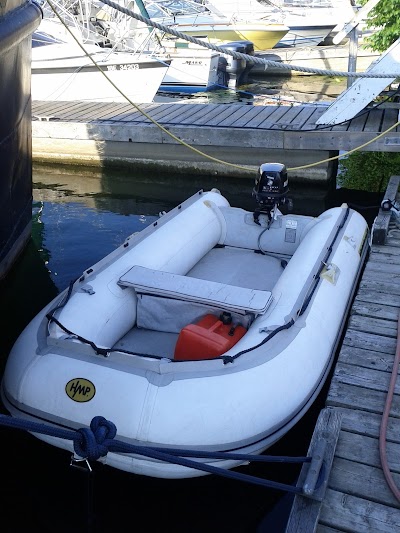 So we knew that we needed something we could store outside which basically left us 2 options. Something fiberglass or something metal. I decided to go metal for a variety of reasons but mostly from a maintenance standpoint. Fiberglass you need to take care of on occasion. Metal you bang out any dents and slap a coat of paint on in general. The other reason to go with a hard bottom at all is we wanted to increase our storage capacity on the boat for winter storage. We use a window mounted AC unit during summer but during winter we have to, again, store it up north. When summer rolls around we have to lug it back to the island and re-install it. Rather tedious frustrating given the distances we have to travel, the traffic we have to fight etc. So the idea is to store the new dingy upside down on the sun deck with our AC unit below that.

Anyways with this sorted out I went on the hunt for old metal fishing boats. Lo and behold the owner of the marina I summer at had several to choose from of varying conditions. We settled on a rather old aluminum riveted hull one that he had in the back and set to work fixing it up. Sure it was probably fine initially with just a few leaks that some epoxy could handle but given the experience I’ve gathered from working on Pathfinder I decided we should strip it right back to bare metal if possible.

[caption id="" align="alignleft" width="400" caption="Initial condition of the boat before we started work on it."] 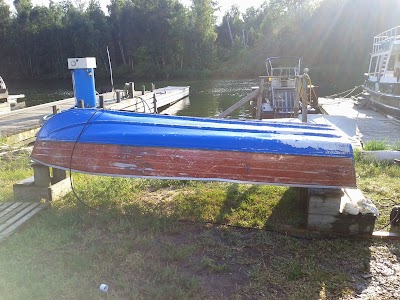 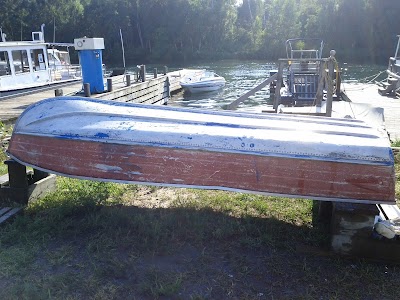 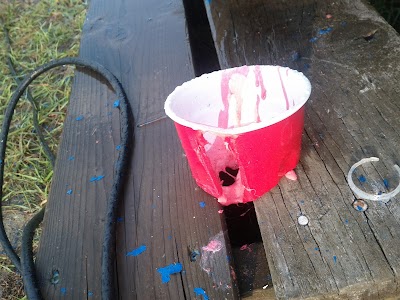 [/caption] [caption id="" align="alignleft" width="400" caption="After it had been stripped somewhat. I stripped this back even further in some areas but I don't have a pic of that."] 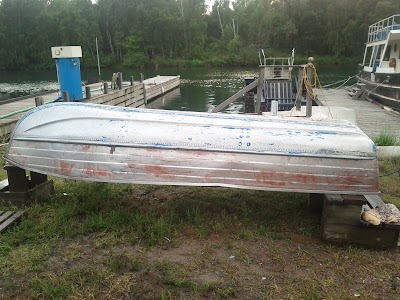 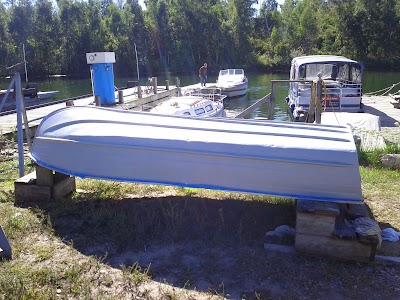 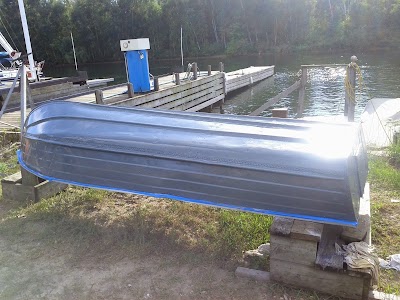 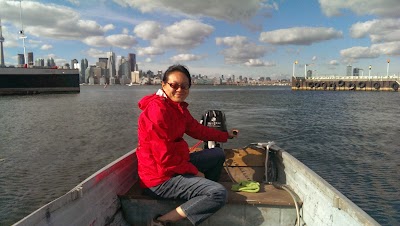 [/caption] [caption id="" align="alignleft" width="400" caption="Me taking the final product out for a spin. (The life jacket is in the boat along with the safety gear so no worries)"] 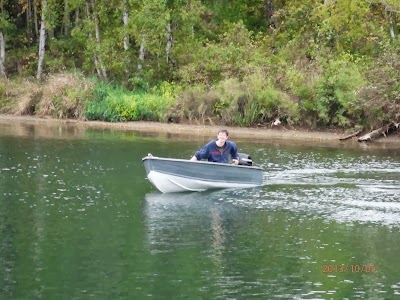 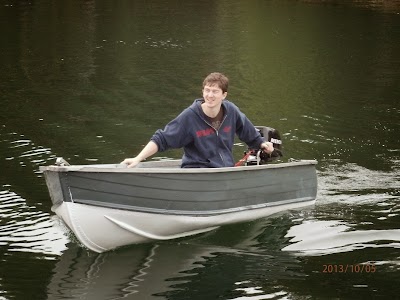 Little confession on this. Jeannie did an absolutely fantastic job on this… Then I accidentally mucked up the white when we were painting it. What happened was that I thought we could get 2 coats of the white on before it got too dark out. So ya. The paint on the bottom is a bit rough. My bad. Live and learn I guess.

We still have a little work to do on the boat such as cleaning the interior out really well, permanent running lights, an electric bilge pump if possible. We also want to put some nicely stenciled characters on the side so there’s no mistaking where the boat is from. The name we’re putting on is MT-509… The M stands for Mini. 😉

This article was posted in Boat.
Follow comments with this RSS feed.