What I was up to over the winter

Ye old blog was sadly neglected over this past winter. Like in my previous post I did mention that there were a few reasons for this such as my never ending migraines, new work responsibilities, also there was a few things that cropped up that slowed down what work could be done. Jeannie is diligently working away at getting her pharmacy license in Ontario and as a result I was trying to not bug/annoy her with the sound of saws and hammers in the boat.

Also during winter there is a limit to what you can do wood work wise for a completely different reason… cleanliness. During winter you’re pretty much restricted to working indoors so if you want to work on a piece of wood that you need to trim that saw dust needs to go somewhere… sadly that somewhere will be the same place you either sleep or eat. Therefore any project you do needs to either be done mostly off your ship somewhere else or you need to continuously fuss with vacuuming. It slows things down and makes doing renovations a bit more annoying to do so it’s best to just avoid it at times.

In saying that we did do a number of new things.

First up I fixed my Webasto. The crossing from St. Catharines to Toronto was rough as I’ve mentioned before. One casualty was the Webasto. It wasn’t totally broken but it was water logged. I ordered a number of new parts (fuel filters, injector nozzles etc) and learned how to disassemble and reassemble the Webasto. I still have a few things I want to repair on it such as a new combustion chamber to stop the start up “roar” sound which is VERY annoying. But it worked through winter and that’s what’s important despite a late start to actually heating the place.

Next up happened later in winter. I had been somewhat upset with how warm the interior of the boat had been. Basically… It hadn’t been warm at all. Now this was noticed during the lowest temperatures of the season so I wasn’t entirely surprised but my wife was pointing out that it used to be warmer in the boat. Well one night I got fed up and decided to check out our radiators. I disassembled the entire unit (difficult when it’s basically too hot to handle) and found out what the heck was going on. Our radiators work by having a fan attached to the back of the radiator itself and it blows air through the radiator into the room. However, there is no air filter at all in the entire mix so for 5 years gunge had built up between the radiator and the fan… 1/8″ of the stuff in fact. I vacuumed that off and then we had a new problem… the boat was too warm. Not a bad problem sure… but still “UGGGGGH It’s SOOOO warm now… GEEZ I have to turn OFF the RADIATOR at times now…”. Definitely first world problem worthy.

Third and lastly was the BIG project in the boat for the winter. A new fridge. On most boats people use basically small bar fridge like fridges where 1 is a freezer and the other is a fridge. There IS a bonus to having a small fridge. You never have food that just sits there forever cuz you don’t have the space. Plus being in a city you never have to worry about access to food so who cares? But given our size we had the opportunity to put in a full height but narrow fridge. We settled on this LG Fridge. Since it’s narrow, energy efficient (2.4 amps), and has a freezer.

First though we had to remodel where our fridge currently was. So instead of me writing endlessly here’s pictures of the process: 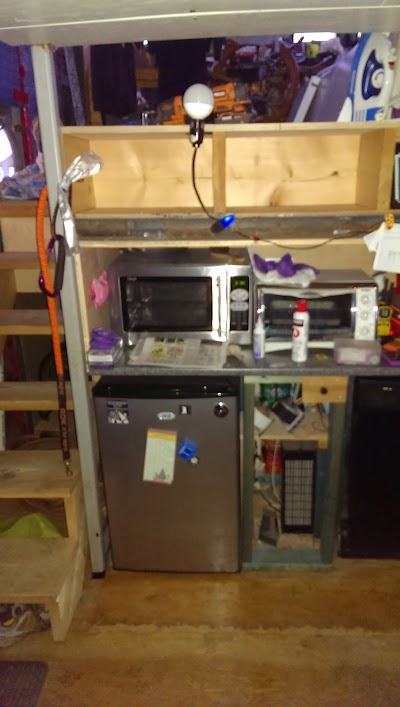 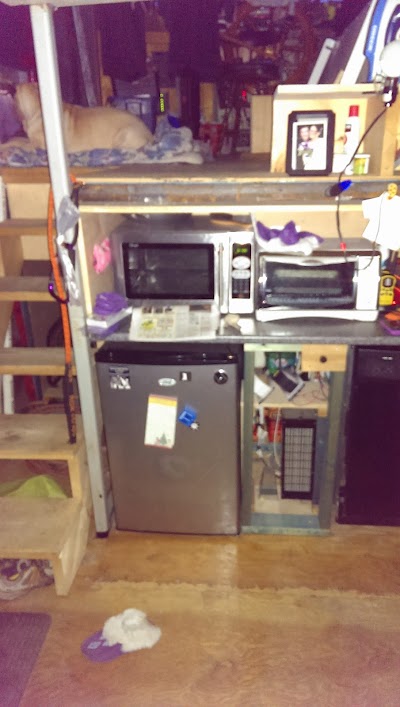 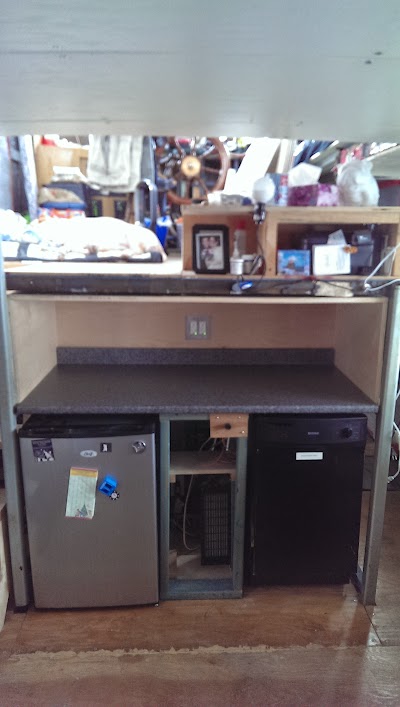 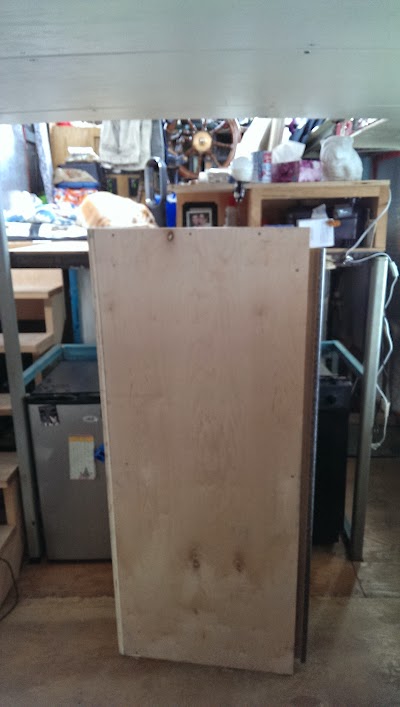 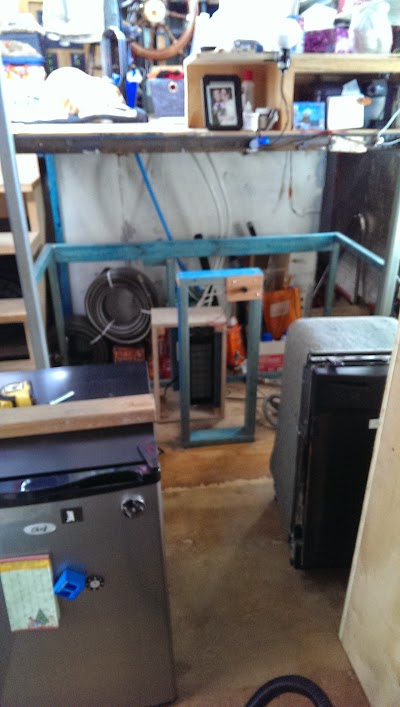 [/caption] [caption id="" align="alignleft" width="400" caption="Put stuff back in for the night so we can actually use the space."] 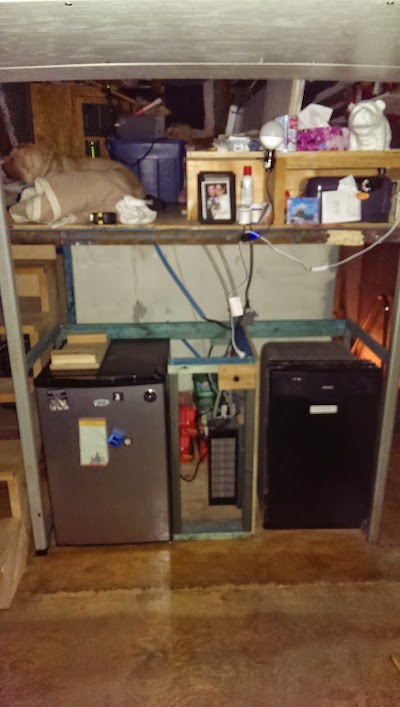 [/caption] [caption id="" align="alignleft" width="400" caption="Wood work done to increase the space near the fridge and the floor cut out over the current fridge. The white base is part of the new fridge box being installed."] 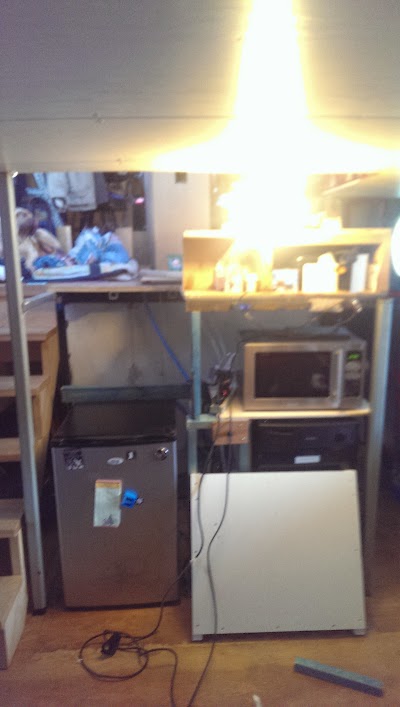 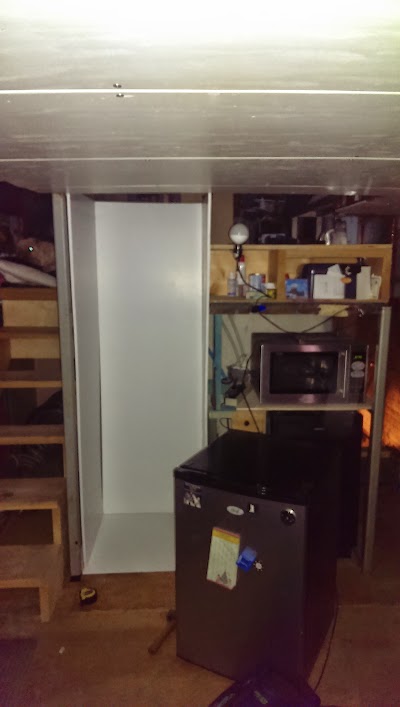 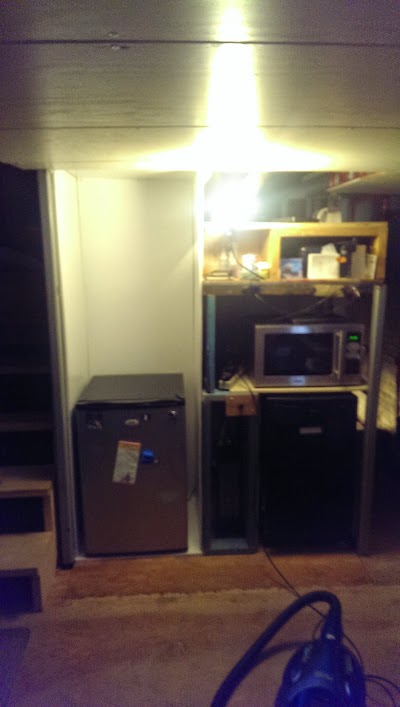 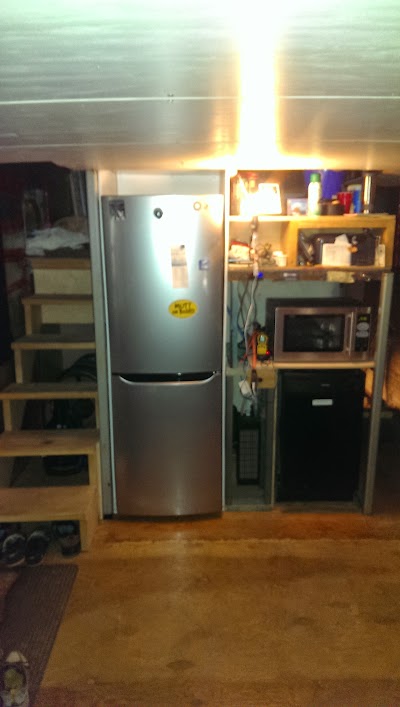 And there ya go. We still have to sell the old bar fridge to free up space but that’s a minor thing to do once more people are available at the marina.

The fridge is freaking awesome to have at this point. We’re super happy with it so far. The weird part is that when we go shopping we’re so used to shopping very small portions so we go off and buy food, put it in the fridge and it’s still a gaping chasm of fridge.

Next project up is finishing the bathroom. Which I hope to start the last push perhaps tonight or this weekend.