So no I haven’t disappeared entirely what I was doing was being very busy over the past month and a bit. One reason I wasn’t posting anything was that I didn’t want to leak all the work I got done on the boat since that was basically part of the Christmas gift to Jeannie (and myself if truth be told). Another reason is that our internet connection on the boat currently is crap so getting a consistent connection is difficult at best. I DO have a solution for that but didn’t want to implement it while Jeannie was away otherwise we might have decided to Skype while she was long distance and then I wouldn’t have been able to surprise her with THIS: 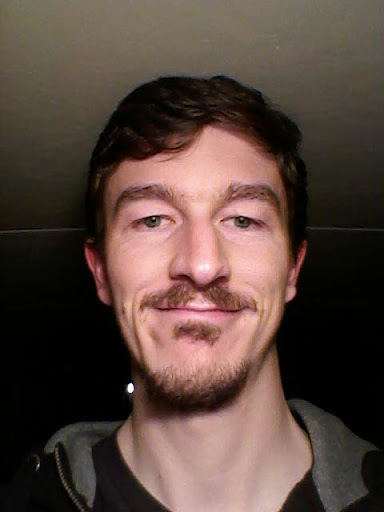 Not the most flattering photo but this is me with a mustache that took nearly 2 months to grow. All this to freak out Jeannie when she got back from NY! Sheesh. The things I do.

So ya. Since I basically decided to not shave since she left that ‘stache took bloody well forever to grow. Jeannie says I kinda look like Guy Fox… My sister agrees. Although I kinda wish I had more photos of during the growing process since I went through the “Pervert” stage followed by a long spell of “Drunken Homeless Bum” stage with this facial fuzz. Anyways I shaved it off the night she landed since Jeannie wasn’t too sure about it (I think she was just trying to not be negative with this ‘stache I hath wrought) and I personally hated the damned thing. 😛 So ya. That was fun. A post with photos of the boat will be forth coming once I get some more photos.